The usual price of such worldwide classic coverage for family per year is S$453.﻿ 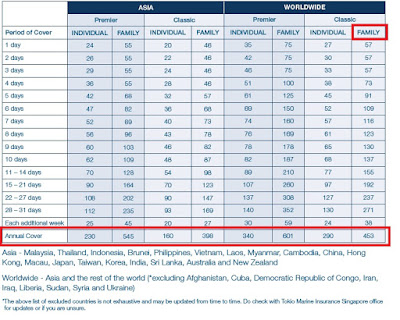 I forgot how I got 15% discount. I paid S$385.05 by using credit card (to collect points of course).
It is actually a very good deal if you travel a lot in a year or you have a big family. 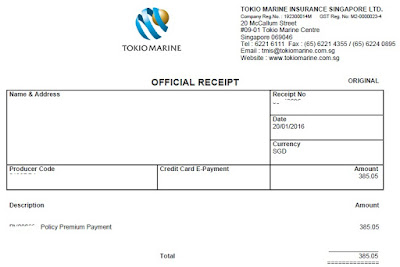 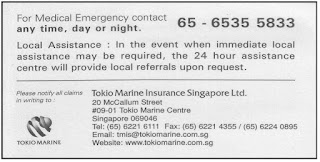 The coverage of the classic plan is shown below. 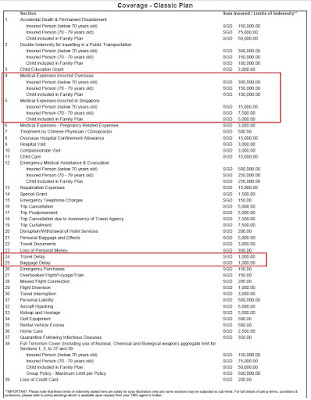 And the comparison between the Premier and Classic coverage. 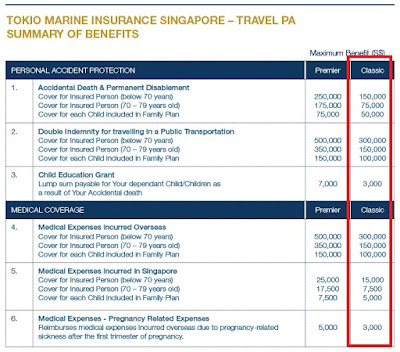 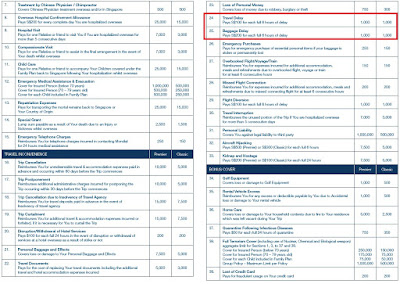 For this year, we have made two claims. The latest one was my wife Hokkaido trip, flying from Singapore to KL then KL to Hokkaido. The flight from Singapore to KL was delayed for 2 hours. Hence, once she reached KLIA 2, she had to rush towards the boarding gate and she managed to board the plane as the last passenger.

So obviously, the luggage in the SG-KL plane is not able to be transferred to the other plane on time. So, she was aware that the luggage will not reach the destination once she arrived at Hokkaido. She bought Uniqlo cloths at the airport in Japan and continued her journey.

At the end, the luggage reached the hotel 48 hours later. So, the baggage delay claimed was max at S$1,000, measuring S$200 per 6 hours block. Baggage delay is fine but not baggage loss! So, the S$1,000 claim can help to pay her entire SG to Hokkaido airfare as it was an AirAsia budget flight and plenty more to spend ! 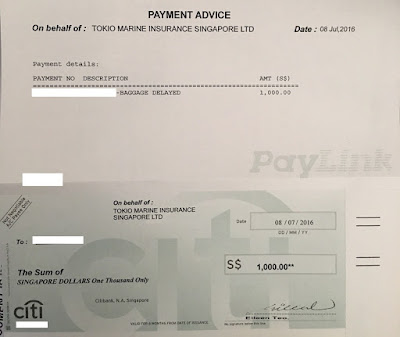 The other claim was Micah doctor visit at the specialist at KL, total claim S$337.10. That's the two claims so far in this year.

The claim process is easy. Just fill up the form online through the website below. Thereafter you submit all the relevant document in PDF format, such as the passport details, boarding pass and the baggage delay reports.
http://www.tokiomarine.com/sg/en/agents/tmis-online-claim-forms/tm-xplora-online-claim-form.html


That said if you have kid travel with you, you better buy family travel insurance. It is important to ensure that all the family members are well covered during the oversea trips as the cost is only S$385 per year per family , worldwide coverage.