If you are Malaysian, you should take this privilege to invest in ASNB products. They are unit trust funds for Malaysian. Some are dedicated only for Bumiputera and some are for all Malaysian. I have highlighted below that are opened for all Malaysian. The fund's objective is clear. It is to provide an alternative savings vehicle for all Malaysian. It aims to generate long term, consistent and competivive returns for all the investors.

Do you ever imagine a return of 101705 % ? Yes, turning a capital of RM 37,000 into RM 434,038 ? That's right. That's the powerfulness of ASNB unit trust products. They yield super duper good yields that you will ever imagine or dream of. The problem is, it is hard to get extra units or even new units.


ASNB wide range of products (circled are for all Malaysian) 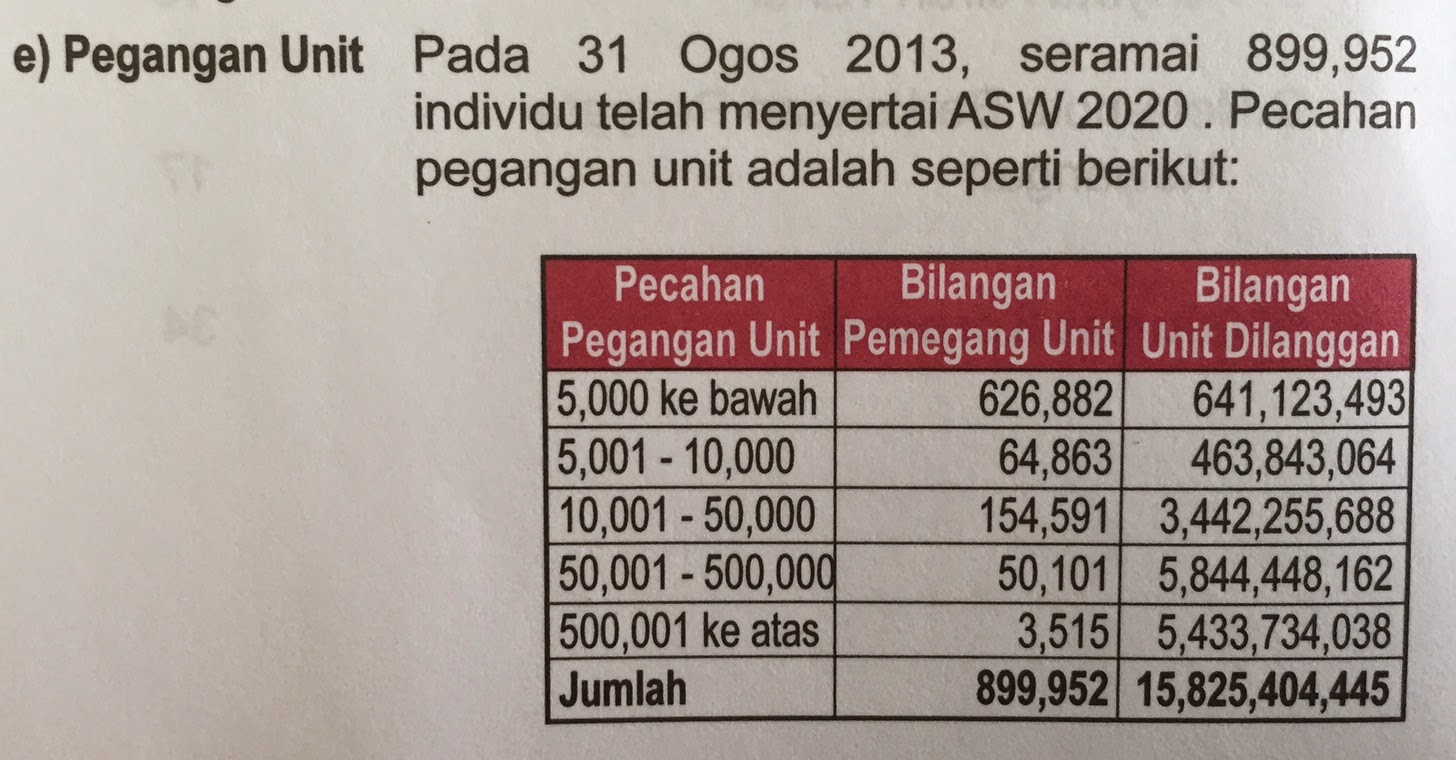 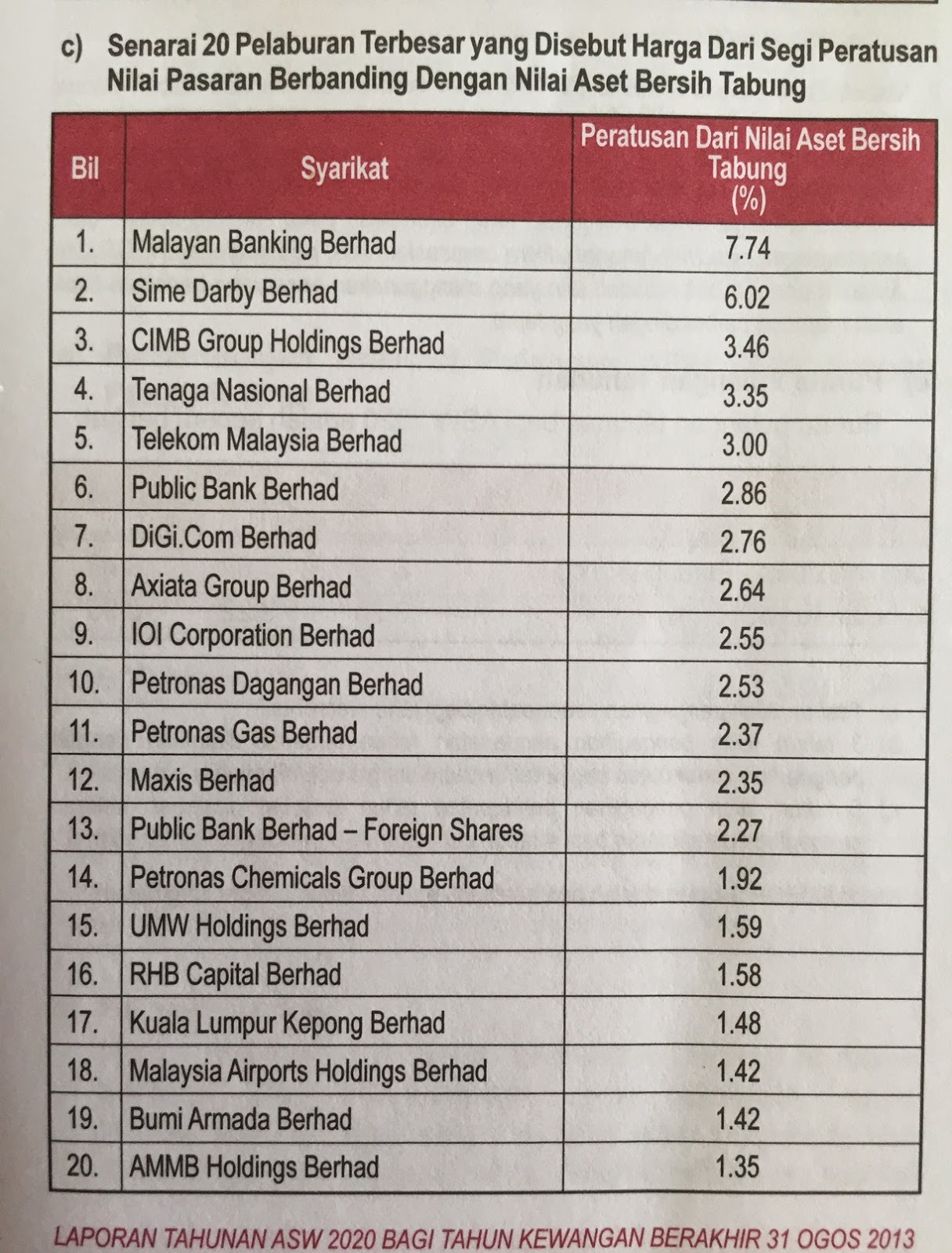 Above information are from annual report dated 31 August, 2013. I shall have the updated version in year 2014 at my hometown. 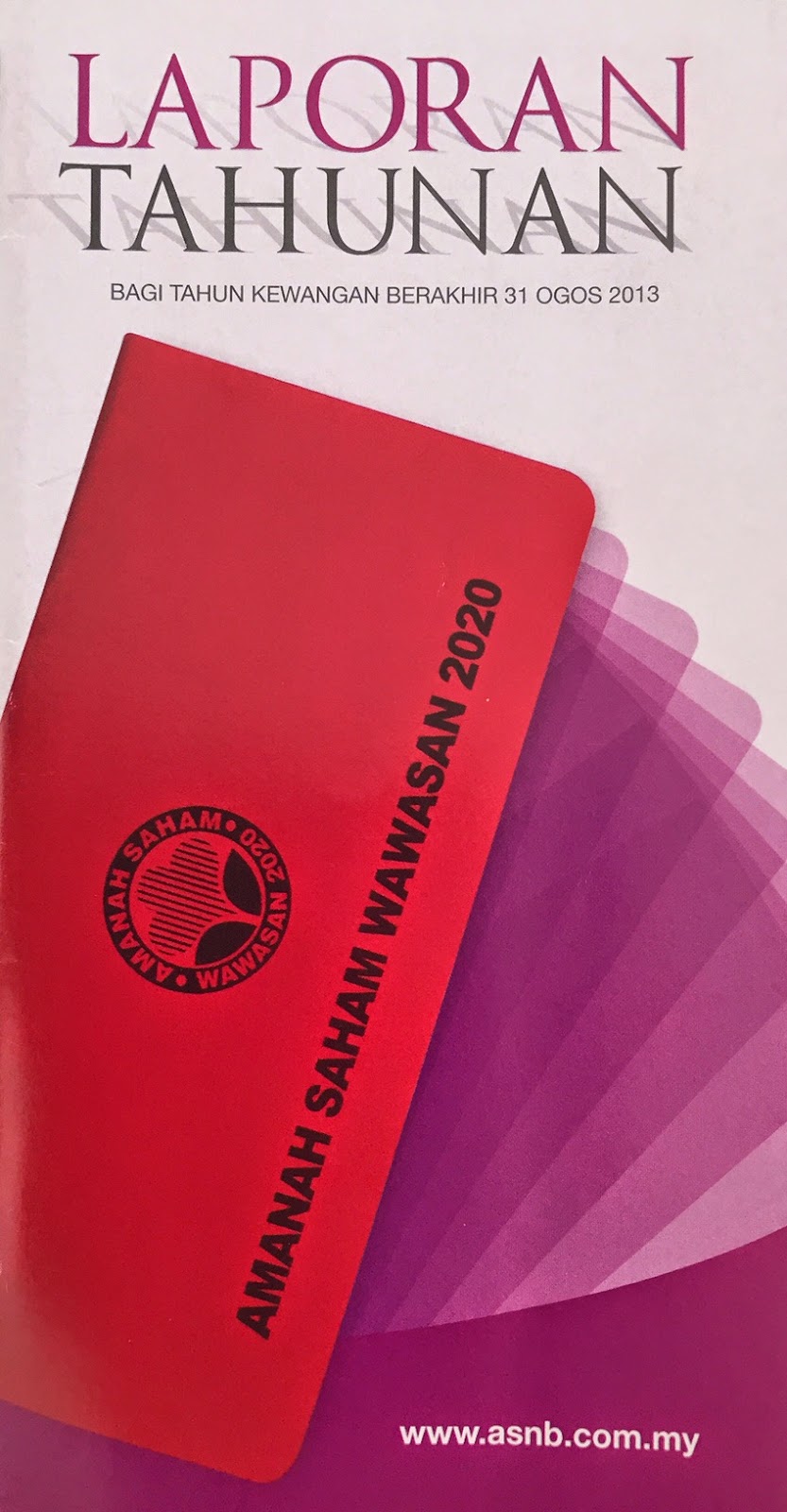 My parents bought the AWS 2020 for me during the new launch in year 1997.
I almost dumped all my red packet monies into this fund.

Thereafter, there is no chance to invest more into this AWS 2020. I wish I could dump as much monies as possible into this great fund.

Just take a look at their super great dividend yields that was even top at 10.10% ! The lowest yield ever was 6.30% in year 2009 during the economic crisis and I took that lowest yield of 6.30% to calculate the rest of the years until I reach age 63.

So, it is not too late to help your children or you yourself (only Malaysian) to buy ASNB products. Do invest early for them and they will really thank you while they grow up.

These returns are amazingly good. Too good to be true. This is super low risk and high return investment products and best of all, it is exclusively for Malaysian. If you don't take this privilege, it is your loss.
﻿ 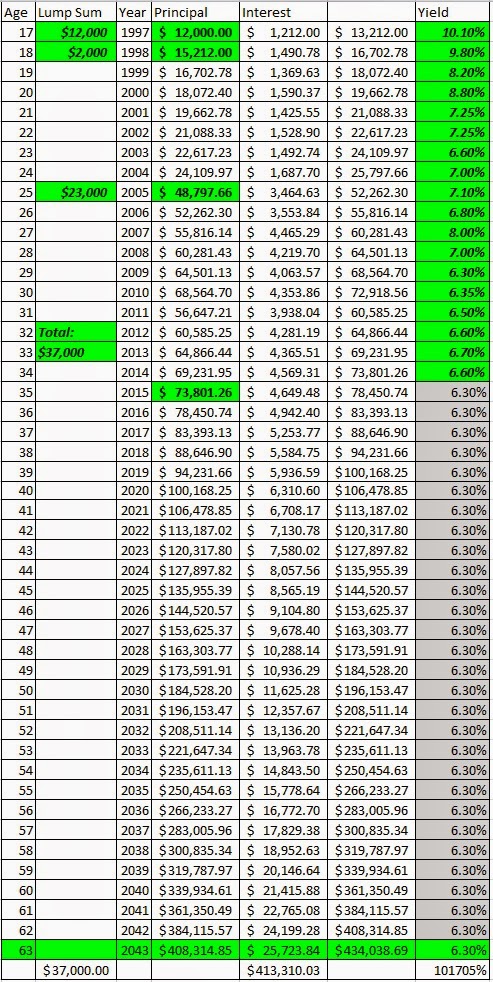 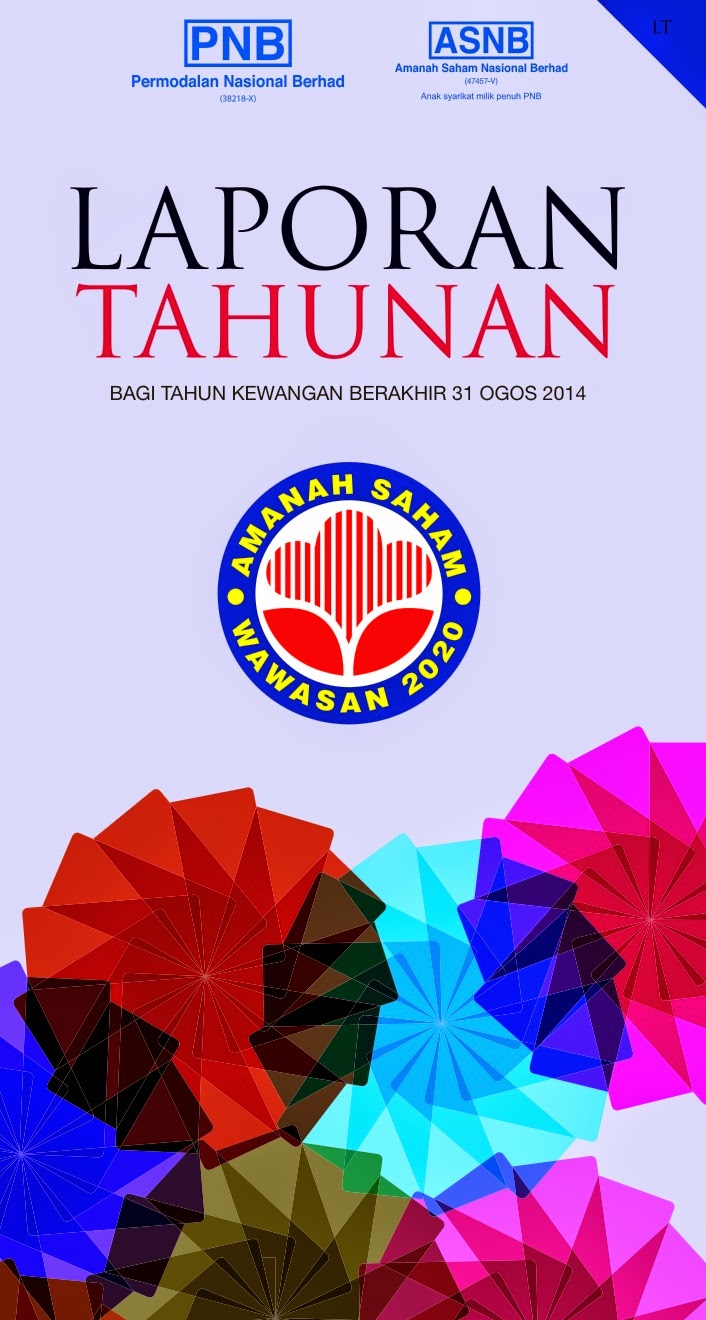 Based on the annual report on August 31, 2014, there are many people able to get more units in this fund.

There are total 8,618 people exited the fund.

It is widely known that it is extremely hard to get an extra unit in this AWS fund but how can there be so many people able to obtain large quantities instead? How they manage to get it ?

When are these 850 million new units open to the public application ? Or these new units are purely for insider people ? 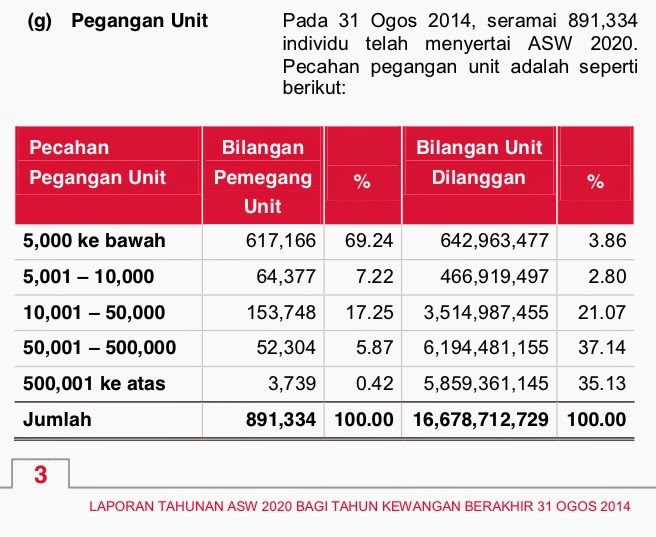 There are also some movements of the top 20 stocks hold by this fund. 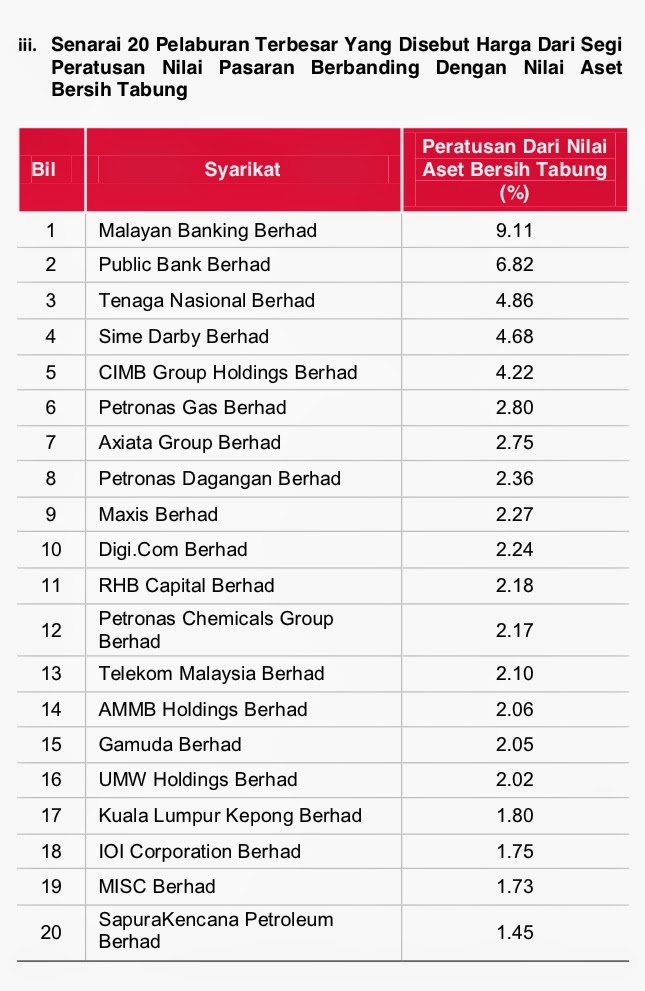 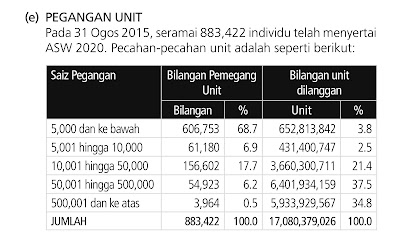 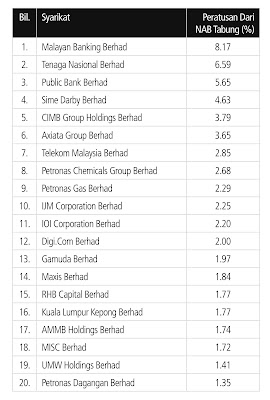 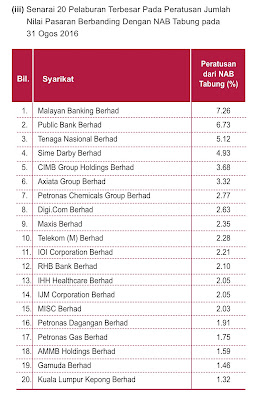 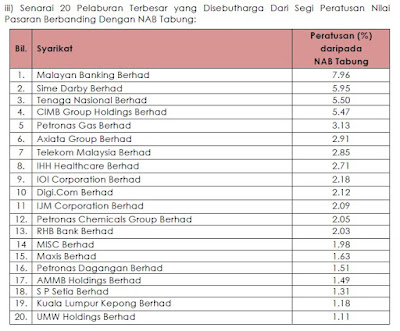 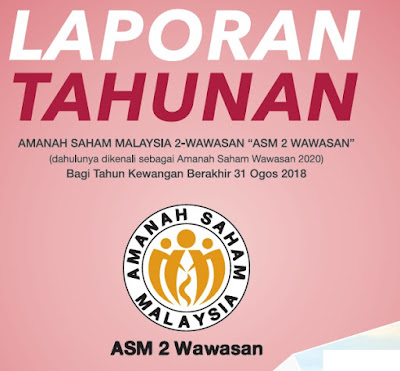 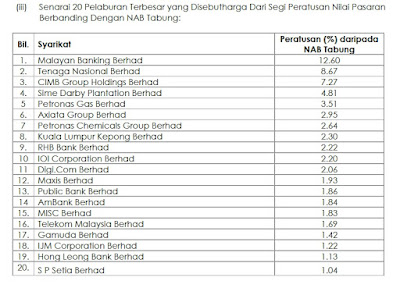 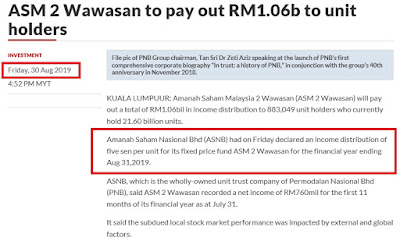 Quick glance for the ASM 2 Wawasan performance since launch in year 1997 until year 2019. 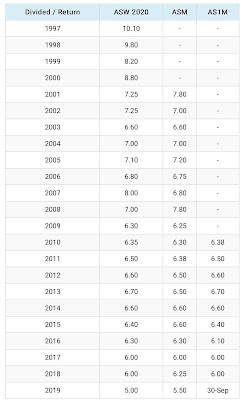 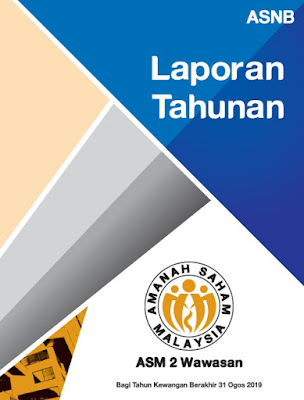 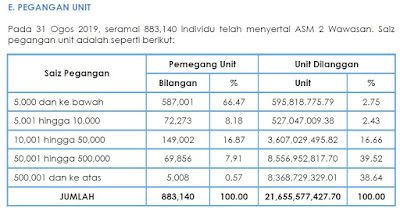 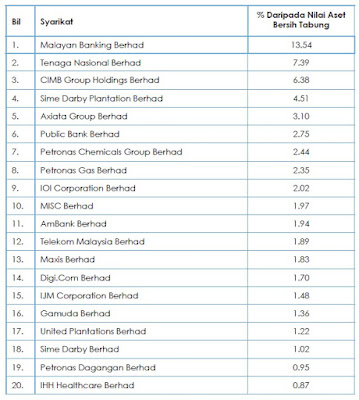 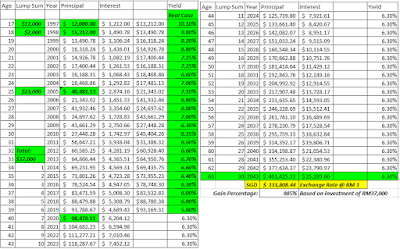 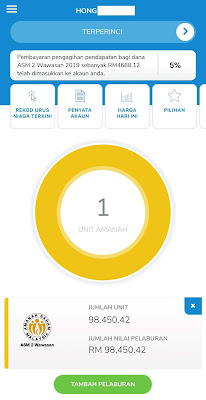 It is easy to view all the statement in the online account.
The amount now stands at RM 98,450.42. 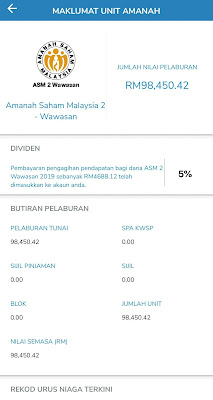 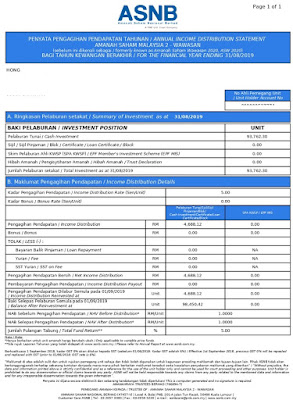 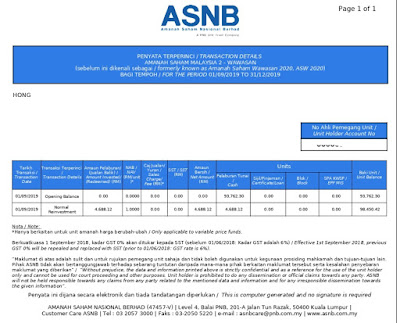