I was retrenched on the BREXIT day, which was .


My heart was very peaceful while I read the retrenchment letter. My current role was reallocated to Manchester, U.K.. I was, at the same time, offered an internal job rotation to be a Global Product Specialist (). It is a role to conduct medical instruments training for the Asia Pacific Field Service Engineers and also provide technical support to them through emails/phone calls. I went through a phone interview with the Director and he was able to raise the hiring budget and match my current salary. As I had some interview appointments going on at the same time, I kindly rejected the internal job rotation offer.


Three months down the road, I realised the job market was tough. There were many applicants fighting for a position. After a careful thought, I decided to write to the Director, telling him that I would like to take up the offer that he had presented to me three months ago. To my surprise, this position was put on hold until further notice.


Without any choice, I signed the retrenchment letter. The last day of the employment was on . I was actually given 4 months plus notice to leave the company. That was very merciful indeed. Some companies even ask you to leave on the same day as the announcement.


I was rewarded 1 month pay out per 1 year of service. I was with the company for 5 years and 9 months; therefore I was rewarded a cool 5.75 months bonus.


My employment was entitled for 10% bonus of the annual salary. It was due next year March. It comprises of 66% of company financial performance and 34% of my personal KPI achievement. They were kind enough to give full 10% bonus without any pro-rate on duration of employment. To achieve 100% of KPIs on the company financial performance was not possible at all. I did score 100% on my personal KPI achievement in the past few years. With this, I was rewarded another 1.20 month bonus.


I have chalked up 22 days annual leave, unused. Again, they did not pro-rate the annual leave based on my employment duration. I was then rewarded additional 1.00 month bonus (22 working days per month). I still have 2 days of child care leave unused. I should haven taken all the child care leave first and leave 24 days of annual leave instead!


Last but not least, they even gave me extra one-time cheque of a GOOD 5 digits sum to find a new job.


However, my company stock option (total 500 shares), given to me as performance bonus, worth S$20,000 was forfeited. That was the only negative point. If the company stock option was also rewarded, I would have more than a year wages as retrenchment package. I do not have to work for one year and still get paid! How cool is that?

Best of all, the retrenchment pay outs are NOT TAXABLE!


Two days after I left the company on October 31st, 2016, they announced even greater restructure. They decided to close down the office. They will also spin off the site and then close it down eventually too. It is a sad change obviously. Nevertheless, I have to say it is still a great company. I love working here especially there is no manufacturing line in Singapore but a contract manufacturing partner at Penang, Malaysia that is handling all the instrument manufacturing. The relationship is just like Apple (technology company) with Fox conn contract manufacturing partner.


In view of the new US/ restructuring, Singapore HR told me that it actually creates more opportunities in Asia Pacific, e.g. too. I have yet to know any new vacancies created at office. I do not mind to return back to the same company should there be any suitable position. The HR had mentioned to me that I am able to return to the company if there is any good position that suits me in the future. I do know some companies have the policy that once you are retrenched, you are no longer able to join back the same company again but that is not the case for me, which is good.


It is because I enjoyed working here. I don’t mind to work here until age 65 with the same pays throughout! I am serious, it is a work life balance job and I can work from home anytime I want. The works are basically attending the phone conference calls and writing emails only. You can do that everywhere, even at .

I had worked at this company for 5 years and 9 months. I completed 67 business trips.

In average, I had one business trip per month.
Those were the good days I enjoyed a lot.
To be continued ... ... 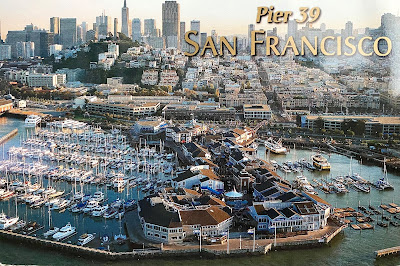